Does the value of the Aussie dollar affect you?

You might think that only importers and exporters pay attention to the value of the Aussie dollar, but movements in the exchange rate affect us all.

After peaking at US$0.81 in January 2018, the Australian dollar fell as low as US$0.61 in March 2020, and is currently sitting around US$0.72. Our dollar has also fallen against a number of other major currencies.

A falling Aussie dollar makes it more costly to travel overseas and increases the local cost of imported goods. On the upside, it makes many of our exports less expensive for foreign buyers, giving a boost to our farmers and other exporters.

The reverse applies in the case of a rising dollar, but movements in exchange rates don’t just influence our living costs. Most people with superannuation will have a portion invested in overseas assets, and changes in currency values can also influence the performance of retirement savings – a lower dollar boosts the local value of our overseas investments while a higher dollar has the reverse effect.

So what are the main influences on exchange rates? Ultimately it comes down to supply and demand, and that can be determined by a number of things: 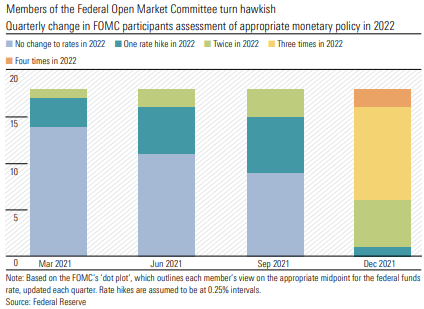 Interest rates. Imagine an Australian investor earning 1% interest on her money. She looks across the Pacific and sees that she can earn 2% in the USA. Here’s an opportunity to double her income! To do so she needs to buy US dollars, increasing demand for the greenback and thus increasing its value against the Australian dollar. Exchange rates respond very quickly to both actual changes in official interest rates, and to expectations of where interest rates in different countries are heading.

Commodity prices. From wheat and wool, to iron ore and natural gas, Australia produces a wealth of commodities. When demand for materials falls less money flows into Australia, and with decreased demand our dollar falls in value. 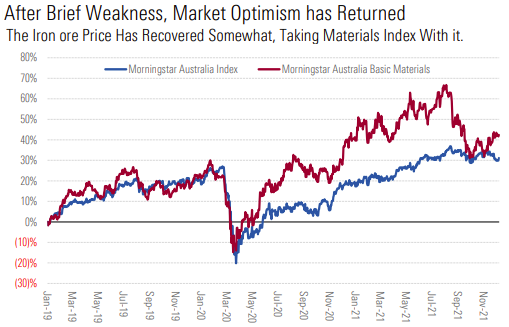 The economy. If the economy is doing it tough the Reserve Bank of Australia may drop interest rates to encourage borrowing and stimulate investment (as we’ve witnessed over the last decade). This takes us back to item 1. A weak economy relative to other countries attracts less overseas investment, causing the local currency to fall.

Politics. Elections and referenda can create a climate of economic uncertainty that investors, on the whole, don’t like. However, if the market thinks that a more business-friendly government is likely to be elected, this could boost the value of our dollar.

Fear. In times of market volatility and global political upheaval, investors flock to the US dollar as a ‘safe haven’ currency. Most other currencies, including ours, usually fall relative to the US currency.

But it’s not that simple

Other things can influence currency values, such as speculation or central bank intervention. There’s also a lot of interaction between the influences outlined above. For example, strong commodity prices may give a boost to the economy, which leads to higher interest rates. Throw in some political uncertainty add a touch of speculation and things quickly become very complicated.

Armies of analysts are employed to sift through massive amounts of data in their attempts to figure out where different currencies are headed. However, given all the complexities it is perhaps no surprise that they often arrive at very different conclusions. 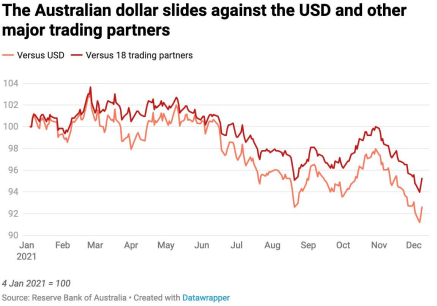 So will the Aussie dollar rise or continue to fall? History suggests flipping a coin may provide as useful an answer as following the opinions of ‘experts’.